Edgeworld Revival New Update, Launcher and more to come! (as of 26th December 2021)[]

After the help of the community and the hard work of the developers Edgeworld is now back and playable! Note that this is still an alpha version of the game in which you have unlimited ressources. You can build up your base and attack PvE bases and much more.

You can download the game by following this Link: https://mega.nz/file/ZBhAXI4R#9QdnRIsHcBTteWNEwn3b1sV4vJGE6oY0IkaRSAl0n6Q . We ensure you that this file is no virus, or malicious file. You might get an notification from your windows-defender or the antivirus provider you have, though this warning is false and the file is save to execute.

We are also going to release a Website dedicated to Edgeworld Revival. (as shown right)

You can also check us out on our social media platforms in order to stay updated: https://www.youtube.com/channel/UCrAWQoFVL20Nb5wh4PCkzCA https://twitter.com/EdgeworldR https://discord.gg/nyfJpdSzd7

The original Edgeworld Revival Discord server was accidentally corrupted due to a bug and the server was deleted. A new server was created to replace the old one.

If you are interested and want to get progress updates or just chat with other former players you are welcome to join the discord server "Revival of Edgeworld" l(https://discord.gg/2fUqXhqGJN)

Even though Edgeworld by Kabam may have ended some parts of the community are fighting to not let this be the end of Edgeworld!

If you are interested and want to get progress updates or just chat with other former players you are welcome to join the discord server of the Edgeworld revival (https://discord.gg/fBZHTRuP)

Edgeworld has been shut down. The last man standing was DBK, alliance "I WIN", sector Savannah Satellite. He single handedly wiped alliance "1%ers" from the map. Not surprising since their leader, BIGGA1, was the worst alliance leader in the history of Edgeworld. #we want it back

Over the years, Bigga got the reputation of filing complaints to Support complaining of hacking whenever his base got beat. In fact, Bigga had one of the worst base designs in the entire sector. Despite being over twice the level of DBK, Bigga was intimidated into leaving the game by constant base attacks. Over a 4 month period in 2016, DBK outattacked Bigga 1,703 to 98. It is believed that Bigga cried himself to sleep before rage quitting the game. 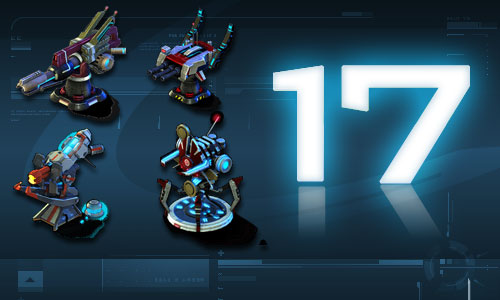 At long last, Buildings, Troops, Generals and Research can finally be upgraded to Level 16!You will see a greater increase in the power of your Troops, Buildings and Generals, a larger Base Size, additional Levels of Research, and significantly increased Warp Gate capacities at Level 16, so it is essential that you upgrade your base today!Additionally, upon upgrading your Resource Converter building to Level 16, you will also gain a brand new powerful turret called the Orbital Strike Cannon!  This unique turret will hover over your Resource Converter and convert your existing resources into high-powered energy blasts that lay waste to your enemies!  Please check the forums for more information on the Level 16 upgrades along with this brand new turret.For a Limited Time only, Build Times for Level 16 Buildings are 50% OFF through 12pm PST on April 22!  Wipe out your competition by rapidly upgrading all of your Buildings, Troops, Generals and Research to Level 16 today!

Level 15 has arrived, and with it some new additions!  All buildings and Turrets can now reach a new level of power, which also means a new level of Research at your Tech Lab, greatly increasing the power of your Troops!  This also means a greater SPP cap at your Generals Quarter and greater Troop Capacity at your Warp Gates!

In order to access these new levels, the Vermillion Core has been released!  Make sure to check the featured tab of the shop and get yours today!

The war for Cerulea IV is escalating, capitalize on this new technology or become another statistic!

Level 14 has arrived! With it, you can build more buildings; the size of your Base will increase further, and enjoy new Campaign levels in the Defense Simulator!
Additionally, The Heavyweight Turret has had its health increased to allow it to better protect your base.
The Incendiary Turret has experienced an increase in both Damage and Health to make it comparable to the Heavyweight and Sniper Turrets.
Finally, Fan Favorite troops “Specters” are enjoying a massive boost in power!
The war for Cerulea IV is escalating, capitalize on new technology, or become another statistic!

Level 11 has arrived! - Updates include; new level 11 units and buildings; level 2500, 3000 and 3500 NPC's have been added, and there has also some changes to existing NPC bases and also some rule changes have been implemented. Link to full Update info here

Edgeworld was updated 9 November 2011 to include amongst other things; level 10 buildings, a new 'collect all' feature for resources, tooltips have been added to buildings and level 750, 1000, 1500, and 2000 NPC's have been unleashed.