You needed to spend a Terraknor Control to train and research Terraknors.

The developers clumsily ran a find-and-replace for Terraknors and the Terraknor in the game translations to Lancers, even in the historical messages, and Terraknor was not snagged.

There was a glitch in the game that allowed for the training of this unit, without any resource or cores, but exploiters of it were banned.  The exploiters have not told how they have done it yet. 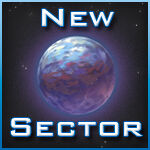