The Defense Simulator is a building that allows players to test their defenses. For its building statistics see Combat Buildings Stats. By succeeding in a Simulator attack, players can win Stars, Simulator Boosts, Parts to enhance Defense Buildings, Encrypted Boxes, Incendiary Cores, and one-time rewards.

Each campaign has a number of individual attacks that can be initiated by using a charge of the Defense Simulator, which is similar to that of a Warp Gate, except that it has a shorter recharge time of only 15 minutes and a 6-launch capacity.

At the end of each simulation you will be scored as to how effectively you defended your base receiving XP and an item. Any buildings lost in the simulation are not damaged when you return to your base.

The key to maximizing the points is to lose no turrets in the fight (3 stars) and do it on the first attempt (2x bonus). The key to winning in the first attempt is to either blow a simulator charge to see where that particular level will attack, or to know beforehand. See Campaign Info for more details. By defending with your strongest towers at the point of attack you can defeat a simulation for the maximum score.

After choosing the campaign, you can apply both a XP boost and a defense boost, from those available on the Boost Selection screen.

Depending on what you choose on the Boost Selection screen, battle XP is multiplied by

Depending on the number of Defense Buildings you lose in the simulation, you shall get stars and a XP boost:

Non-defense buildings may be lost without incurring any penalty. Only losing a turret or the Banner Monument shall prevent you from gaining 3 stars.

The first time you win a simulation you get a 2x XP boost.

The maximum boost is 240x XP if you use a Defense Sim XP x30, lose no buildings, and are unlocking the simulation.

Attacks come from which direction?[]

On the mission selector you have 8 possible choices.

It continues around your base counter clockwise.

This means that when the last mission of Tank Maneuver is at W the first of The Vanguard missions will be at SW.

Some campaigns do not follow the counter-clockwise scheme, with attacks coming from seemingly random directions. (Noted in All or Nothing, other campaigns may have this feature/bug.)

Some simulations with multiple kinds of unit may not attack from the same spot. Some Ahh! Giant Spiders' simulations have this feature but it's mostly noted in All or Nothing (and probably onward). For example, Shrikes may appear from the S corner and after a few seconds Disruptors and Pulse Tanks will spawn from the N corner, usually far from the base, out from base's visible boundaries.

The first 3-star victory in every level within a campaign shall drop a special item as specified below:

After each unlocked battle, besides gaining XP, you can also win one of these prizes (The odds of winning an Incendiary Core after 3 stars are 1 in 180.):

Test your base defenses and earn XP with our new Tower Defense Mode!
Build the new Defense Simulator and battle waves of Marines, Pulse Tanks, Bombas and more! Complete all the campaigns to show that your base is the best.
For further details, click Here 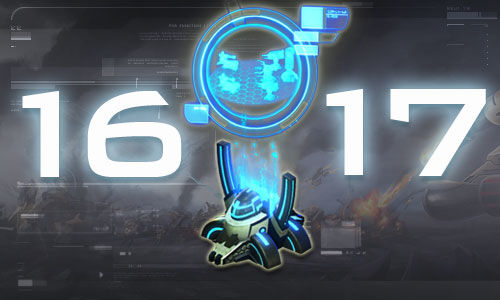 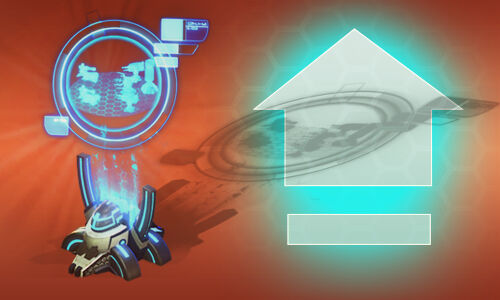 Winning an Incendiary Core in Defense Simulator, the easy way 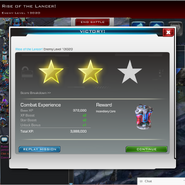 Another Incendiary Core, the not-so-easy way 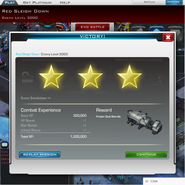 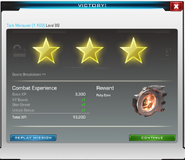 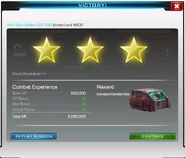 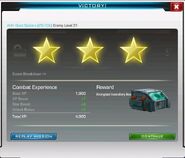 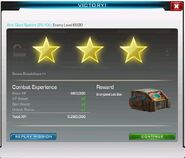