The base is located in the frozen wastelands of Cerulea IV. To create this colony you need Aurora-1 Schematic.

This base includes a new Warp Gate; initially only combat units manufactured/trained at Aurora-1 could be sent from Aurora-1 but later units could be transfered with the Gate having a new Transfer option added. Later another Gate was granted. The Engineering Lab and Fleet Academy were granted on 2012 Sep 25.

All Research (except for Bombas, which requires a Tech Lab on your A1) is still done from the Main Base, and your researched Units can be built on both Bases (except for Bombas which can only be built on your A1). If you want Bombas on your Main Base you must transfer them using the A1's Warp Gate (or Staging Areas, with the size of transfer still limited by the capability of your A1 Warp Gates). Any Fleet Academy Troops require a Fleet Academy on your A1 in order to build those Troops on your A1; again you can transfer A1  Fleet Academy Troops from your A1 to your Main Base if you wish by clicking on your A1's Warp Gate or Staging Areas.

Resources can now be shared between the two bases by clicking a Supply Depot and selecting Transfer Resources.

Troop Energizers, Combat Tactics, etc. apply only to the base where you used it; if you were at Aurora-1 it is only for Aurora-1 units and vice-versa. 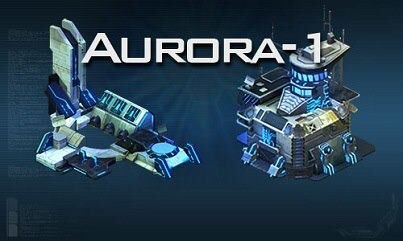